Step Tempest review of Life Is a Gongshow

Songs of Tales is a truly trans-Canadian group in that each member of the quartet lives in a different location.  Petr Cancura (tenor saxophone, keyboards) resides in Ottawa, Gordon Grdina (guitars, oud, bass) in Vancouver BC, Jesse Zubot (violin, synth, bass, congas) on Vancouver Island, and Jean Martin (drums, electronics, vibraphone) in Toronto.  Zubot and Martin (who co-produces the quartet Peripheral Vision) are both members of throat singer Tanya Tagaq's Trio while Grdina leads several groups (he has released or been featured on, at least four albums that have come out in the first five months of 2020).  Cancura is currently the Program Director of the Ottawa Jazz Festival and a member of the Canadian quartet Way North (with bassist Michael Herring, drummer Richie Barshay, and trumpeter Rebecca Henessey) – he also is an accomplished mandolin player and a graduate of the New England Conservatory of Music.

The band's debut album, "Life Is a Gong Show" (released on Cancura's labels Roots2Boots Records), displays the myriad influences on the musicians.  With the exception of Charles Mingus's "Moanin'", all the songs were composed by band members (save for Martin) but each member had a hand in the arrangements and the sonic environments.  The Mingus tune opens with video game machine sound effects before Cancura's overdubbed saxophones and Grdina's electric guitar play the melody.  Martin's thumping drums sets the pace, the guitar takes on a raucous tone as the synth tones dance for one speaker to the next and back. The tenor solo is a bit frantic and shells to bump up the intensity even more.

What is evident throughout the program is how much fun the band is having creating this music and overturning one's expectations.  The super-funky "Burning Bright" with simultaneous solos from violin, tenor sax, and guitar while Martin kicks so hard sounds like an inverted jig while "Cinema" (composed by Cancura) is a "down-home" blues tune.  The sax and violin moan the melody while the electric guitar growls behind atop the drummer's solid beat. "Awake" is handsome ballad with a mournful melody, powerful work from Grdina and more fine tenor playing.  A solemn oud opens Grdina's "Jojis" which explodes seconds later into a raucous tour-de-force (similar to the sounds Ken Vandermark created on his early quartet albums). The following track, "Cluster" (also composed by Grdina), opens very quietly, no discernible rhythm, rattling percussion, plucked oud and violin, until the violin, and saxophone play the melody.

The final two tracks on the album, "Sideways" and "Mary Go Round", are both Cancura (pictured left) compositions, both as different as day and night. The former sports a dancing melody line, repeated over and over through the first two minutes until the music breaks down and becomes a series of long tones out of which rhythmic conga beat bring the listener back to the repetitive melody. The latter piece  opens as if a orchestra was tuning up, quietly and slowly moving forward out of rhythm. Disparate sounds filter in and out, long violin tones, hint of marimba, and a melody line trying to emerge.  All of a sudden, acoustic guitar and violin introduces a plaintive time with quiet explosions and counterpoint from tenor saxophone. It's a lovely close to a fascinating program.

In these odd days, "Life Is a Gong Show" is an apt title for the daily machinations of beleaguered people. Even though Songs of Talesrecorded the album months before the shutdown, this noisy, contemplative, crackling, rhythmical, and fun music feels just right.  Call it jazz, call it fusion, world music but let these 11 tracks seep into your brain and enjoy!

For more information, go to https://roots2boot.com/life-is-a-gong-show. 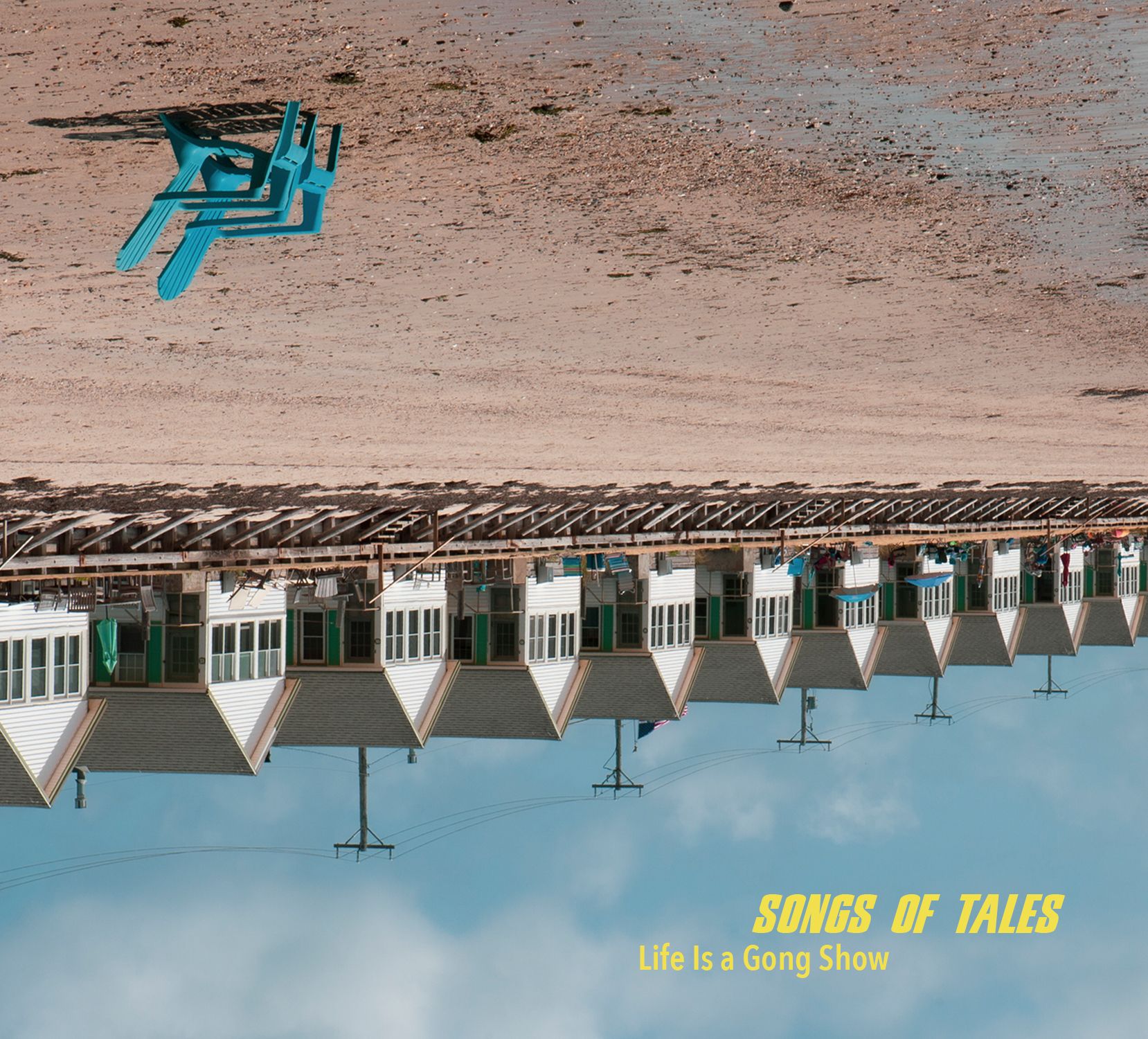